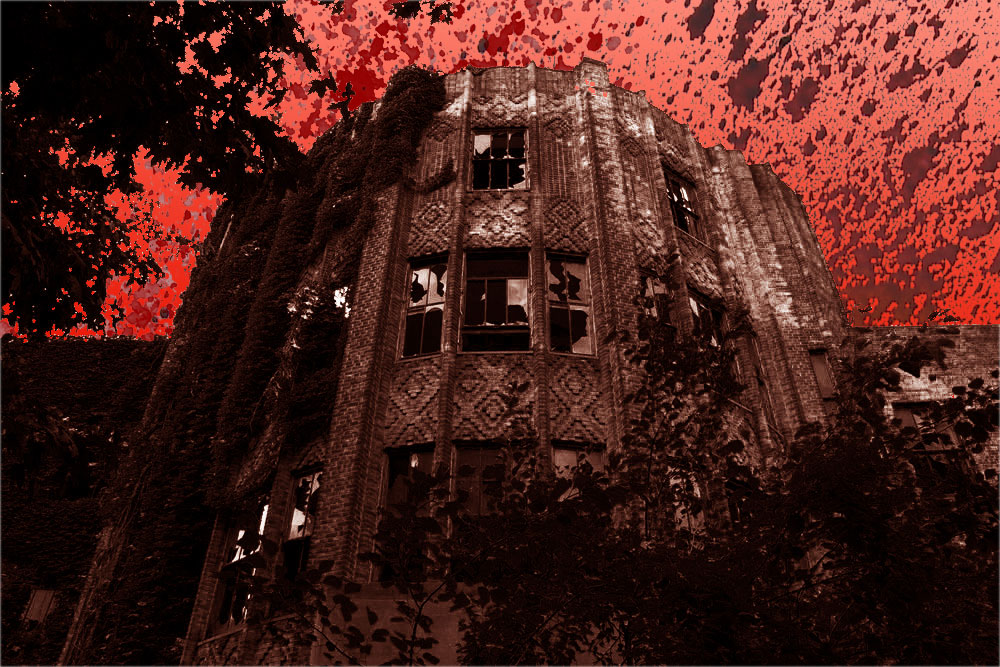 North Brother Island has a rich and dark history and has been nearly untouched for over four decades. The most eerily beautiful thing about the island is how in the absence of any human presence the natural vegetation seems to have consumed most of the buildings and streets. I personally love the rusted and dilapidated structures. With their broken windows, crawling oxidization and piles of dust, they have all the charm of a filthy abandoned slaughterhouse.

The northern of the two islands was uninhabited until 1885, when Riverside Hospital moved there from Blackwell's Island (now known as Roosevelt Island). Riverside Hospital was founded in the 1850s as the Smallpox Hospital to treat and isolate victims of that disease. Its mission eventually expanded to other quarantinable diseases.

The island was the site of the wreck of the General Slocum, a steamship which burned on June 15, 1904. Over 1,000 people died either from the fire on board the ship or from drowning before the ship was beached on the island's shores.

Mary Mallon, also known as Typhoid Mary, was confined to the island for over two decades until she died there in 1938. The hospital closed shortly thereafter.

Following World War II, the island housed war veterans who were students at local colleges, along with their families. After the nationwide housing shortage abated, the island was once again abandoned until the 1950s, when a center opened to treat adolescent drug addicts. The facility claimed to be the first to offer treatment, rehabilitation, and education facilities to young drug offenders. Heroin addicts were confined to this island and locked in a room until they were clean. Many of them believed they were being held against their will. By the early 1960s widespread staff corruption and patient recidivism forced the facility to close.

Now a bird sanctuary, the island is currently abandoned and off-limits to the public. Most of the original hospitals' buildings still stand, but are heavily deteriorated and in danger of collapse, and a dense forest conceals the ruined hospital buildings. In October 2014, New York City Council member Mark Levine, Chair of the City Council's Parks Committee, led a delegation to visit the island,[8] and declared his desire afterwards to open the island for limited "light-touch, environmentally sensitive" public access