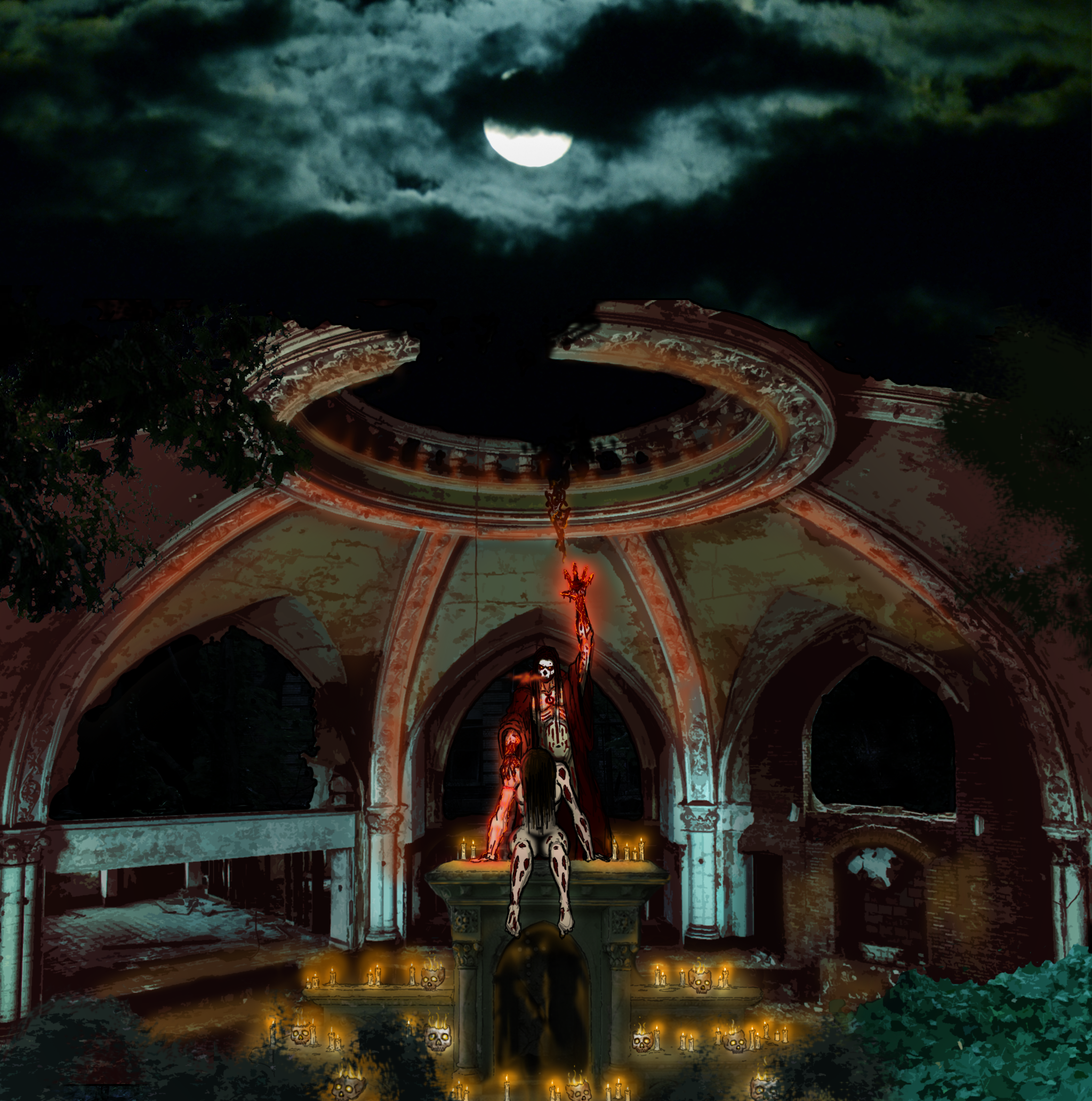 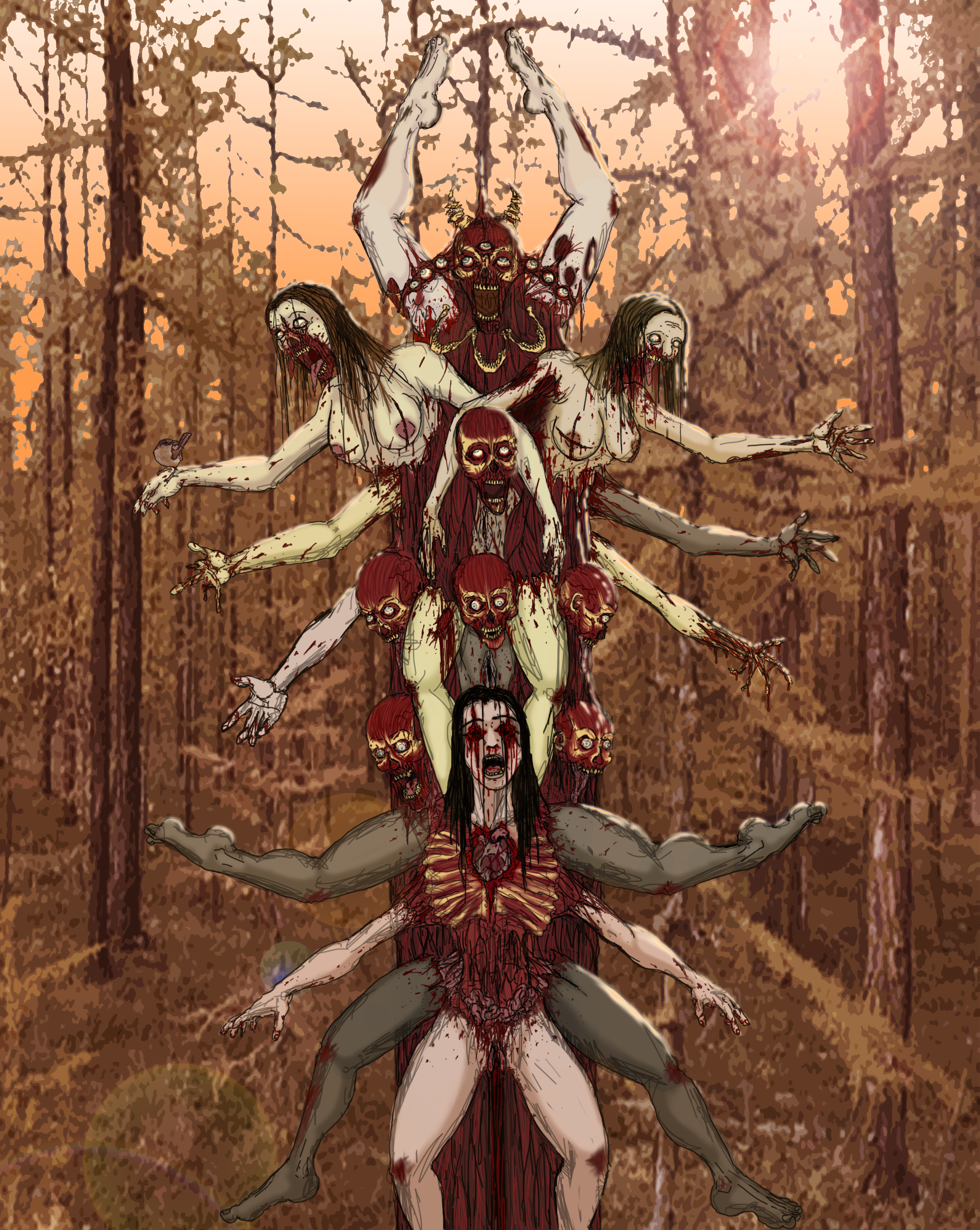 Henry and his son Danny set out at the crack of dawn that morning, rifles and lumber in hand.
Gilded slivers of sunrise slowly crawled across the trees along the horizon, erasing the dull blue haze of pre-morning twilight. Breath hung in the air and tiny ice crystals crunched under their feet as they walked.
This was the perfect day to take his boy out on his first hunting trip.
At least that's how it started anyway.

A few hours later they were deep into the woods and hadn't seen a single deer. It was time to set up the blind.
Danny noticed a clearing up ahead with a tall snag near the edge of the tree line. Perfect to build the deer blind at the top of.

As they came closer to the snag, they noticed certain odd details about it.
It had small limbs and a fat trunk, more like a child's school play rendition of a tree than an actual tree.
Its bark looked almost red and smooth like a palm tree or something. Someone must have planted this thing here because it didn't look like it belonged there.

Twenty feet away from the tree, Danny noticed the odor. Like sweet rotting fruit mixed with salty, acrid garbage.
Something was dead.
Suddenly Danny stopped in his tracks as his father's hand gripped his shoulder hard.

"Get behind me Danny." There was a concerned sincerity and bewildered tone in his voice.

And that's when Danny saw it.
One of the limbs of the tree, a silhouette with the sun behind it. It had fingers. Five of them. That limb was a fucking LIMB!

Henry drew his rifle, loaded it and ushered Danny at an arm's length behind him as he slowly circled what he was horrified to find was a pillar of meat and various dismembered body parts, cooking in the late morning sun. There was a slight haze of steam that surrounded it, escaping from the still warm insides of its components into the cold air like it was about to burst into flames any second.
It appeared to be made up of several young women, from a pair of upper torsos with severe damage to their faces and a skinned face with nine eyes between them appearing to be being birthed from a pair of inverted severed legs, to the poor unfortunate soul at the bottom of this totem of flesh.
Her eyes had been gouged out, limbs severed but not separated, torso skinned and gutted with her rib cage ripped open and heart exposed and a waterfall of blood spilled from between her legs.

Henry quickly shielded Danny's eyes, screaming in horror! He kept his rifle trained on the totem as if it was going to come alive any second and attack them. Panting with a mixture of panic, terror and disgust he clutched Danny's head so tight he let out a muffled yelp.
The yelp was followed by a snap of a twig behind them that brought everything to a screeching halt
Henry's breathing stopped abruptly and he let go of Danny's head as he slowly turned around.
He hadn't turned his head two inches before he heard a brief second of a whoosh of air, followed by the crack of a thick branch to the side of his head!
Henry awoke moments later, his vision still blurred and hearing muffled like his head was in a glass bubble. The shrill, blood-curdling scream of his son Danny was fading in as his hearing returned. He blinked his eyes and started to stand up to see Danny screaming in anguish as a feral man ripped a large chunk of flesh from his neck with his teeth!
Henry stared in mortified disbelief at the shower of blood spraying from his boy's throat. He lunged forward to try to come to Danny's rescue only to be folded in half as the same limb struck him in the chest, knocking the wind out of him!
Henry rolled over on his back coughing up blood. Danny's screaming had stopped and all that could be heard between the coughing was snarling and vicious chewing of flesh a few feet away.
A silhouette stepped in front of the sun casting Henry its the shadow. A tall woman with long dreadlocks matted with what looked like blood.
"See you found my statue. Ya like it?" The woman grinned and revealed sharpened teeth and a pair of metal horns protruding from her chin.

"Wh- Wh- What the fuck is happening?" Henry whimpered in denial at the shitstorm of macabre and chaos he had encountered in the last fifteen minutes.

Lexa replied, "It's your lucky day mister! You're about to become a work of art!" 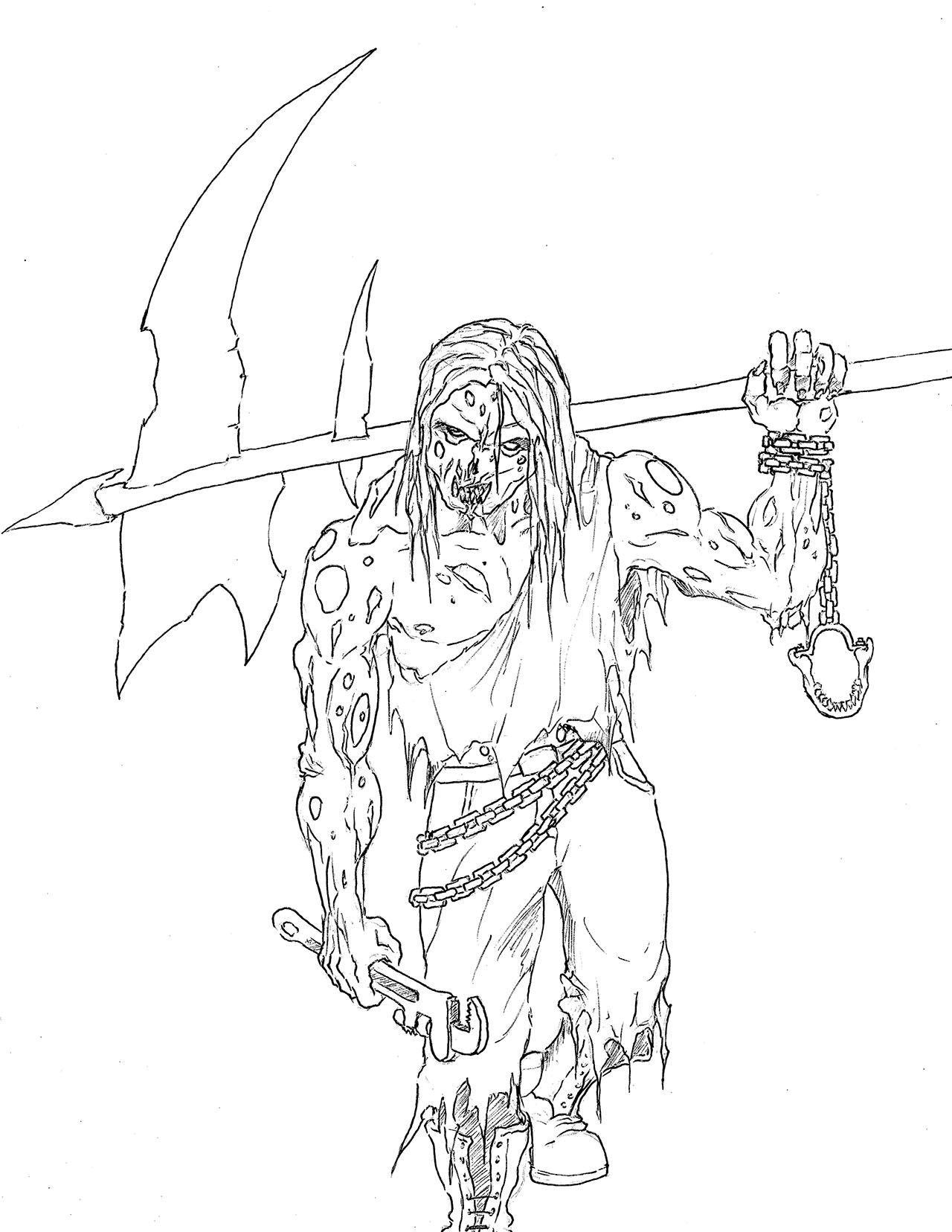 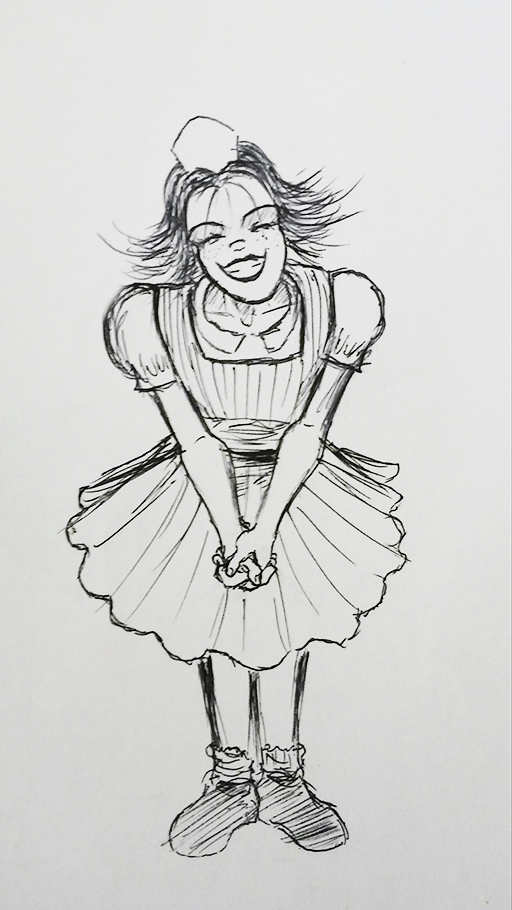 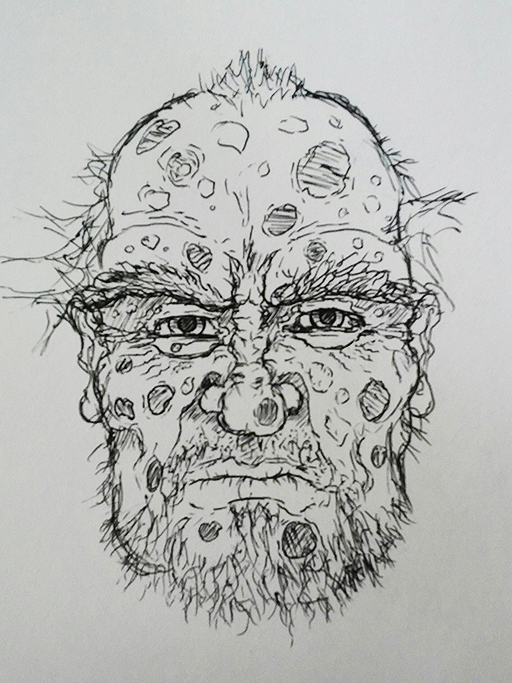 
This happy little family are the stars of Vol. II in the PIECES graphic novel series. Snare, the strict father figure, Lexa the older sister and the role of both younger brother AND family dog will be played by Sydney. 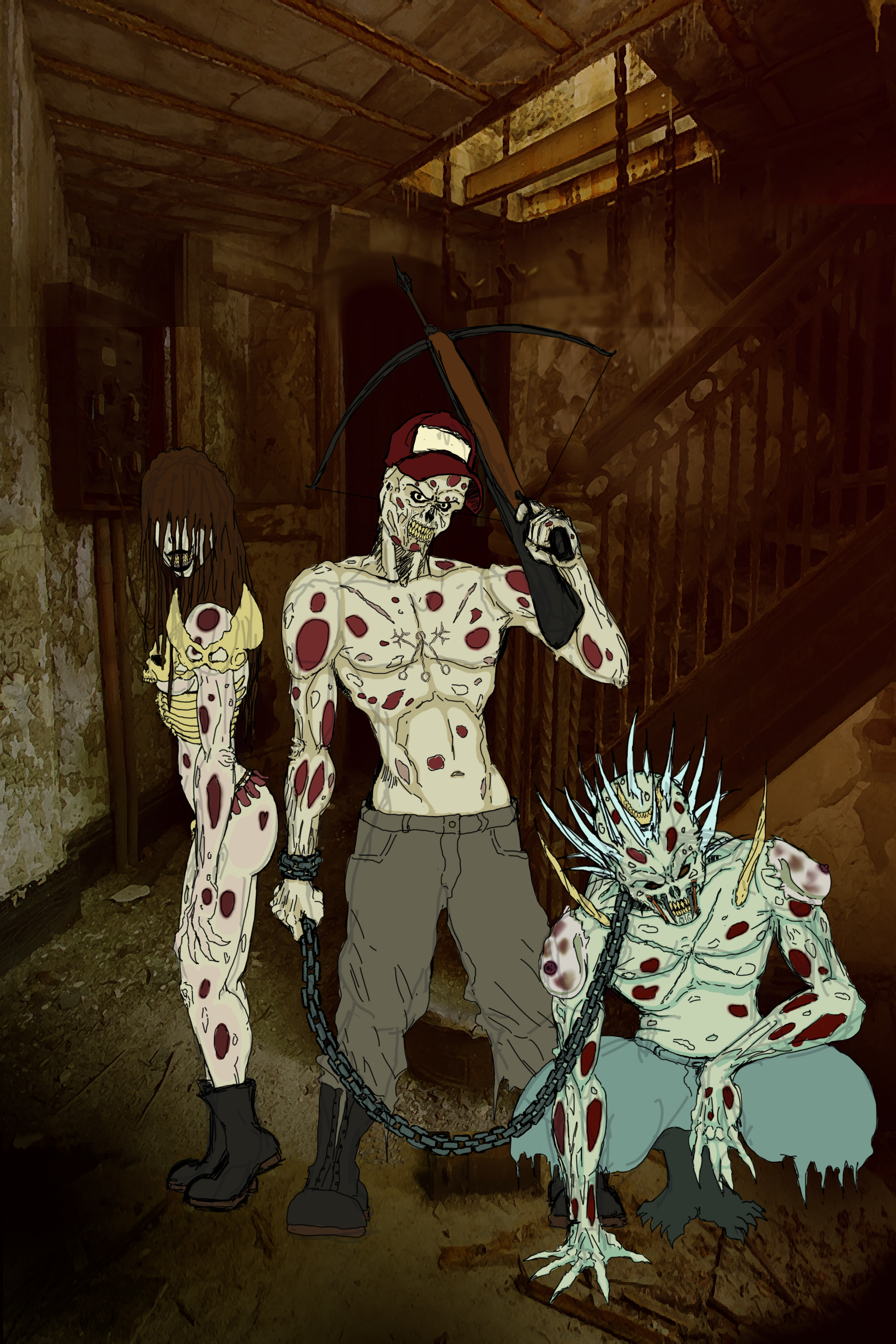 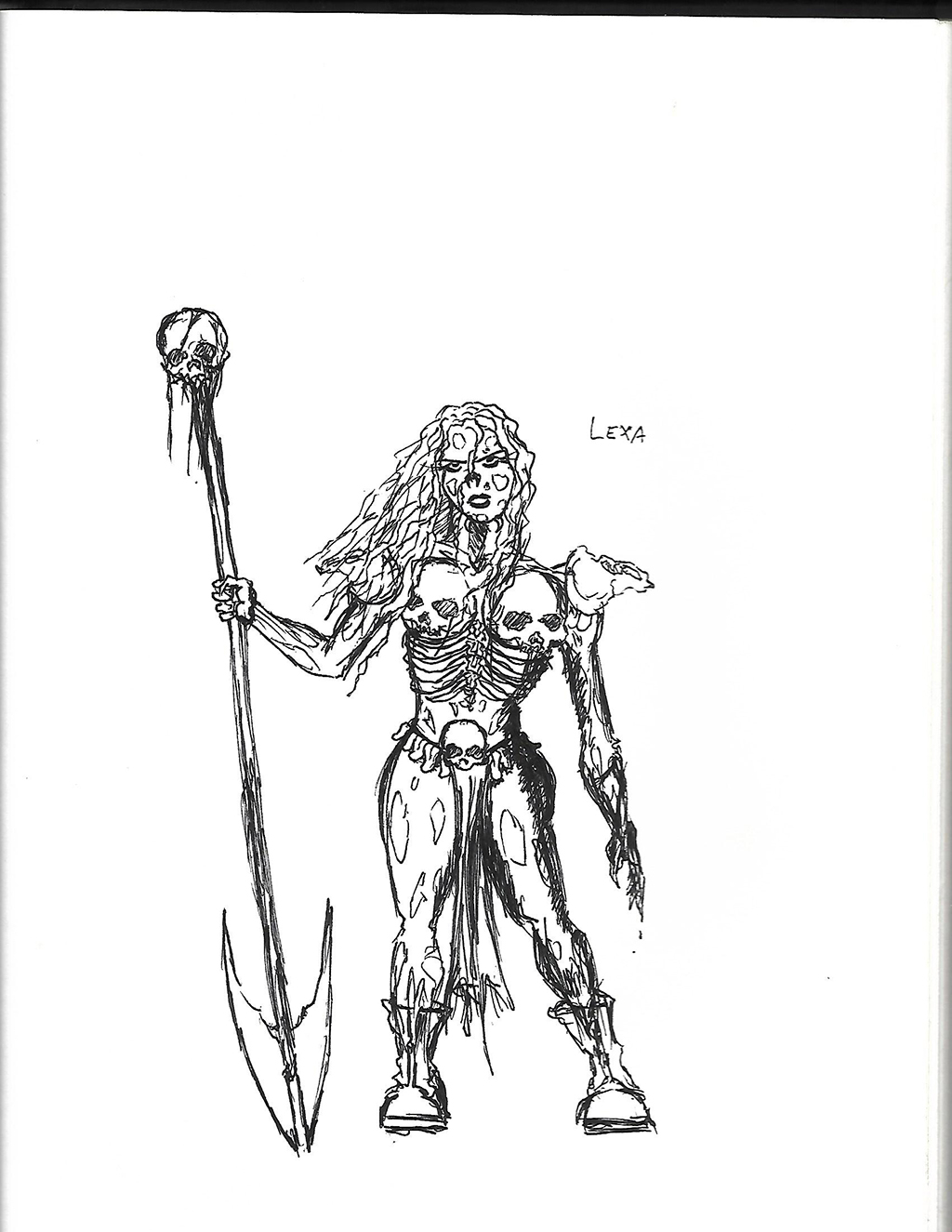 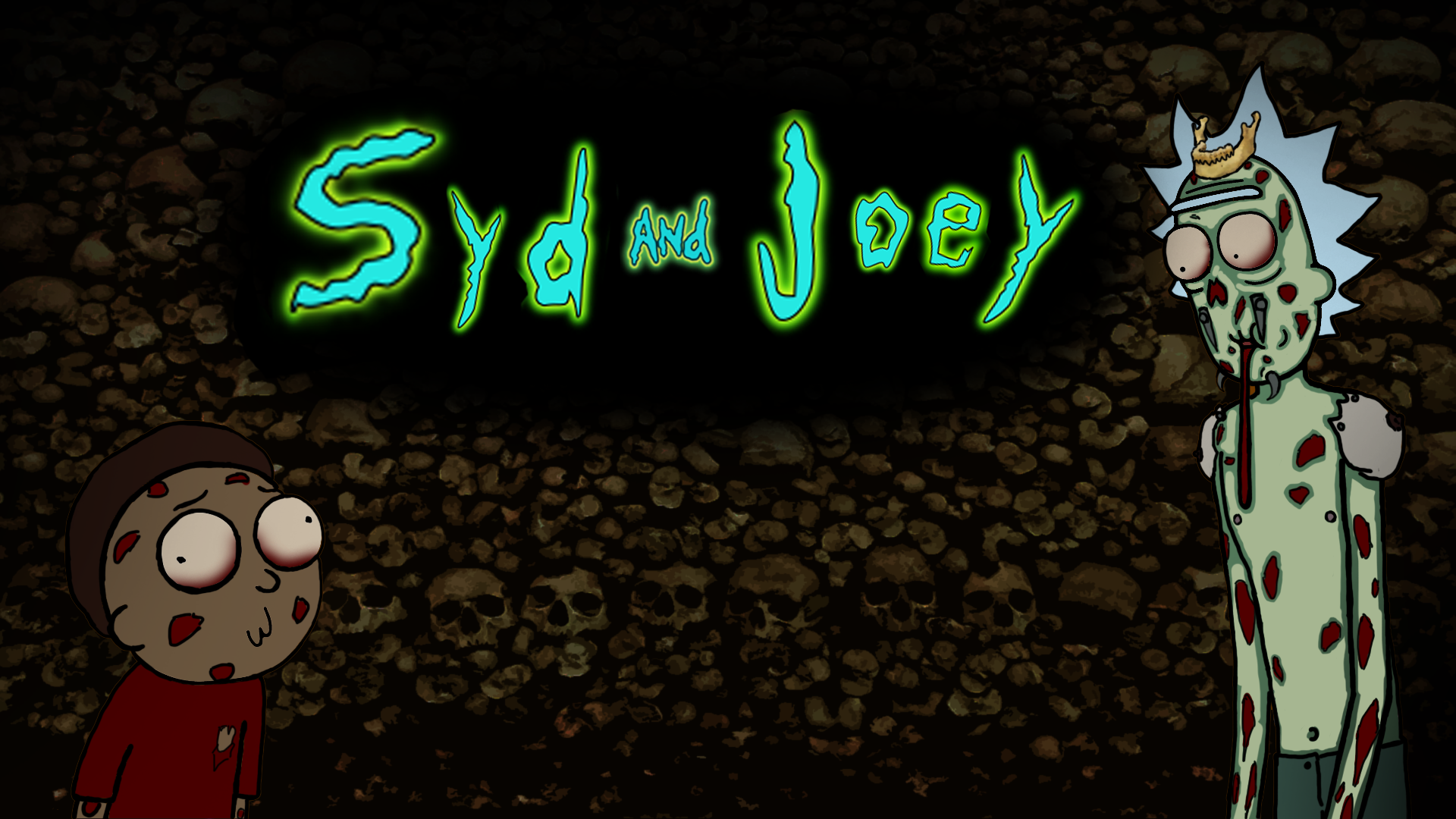 Treading Cautiously into The Dark 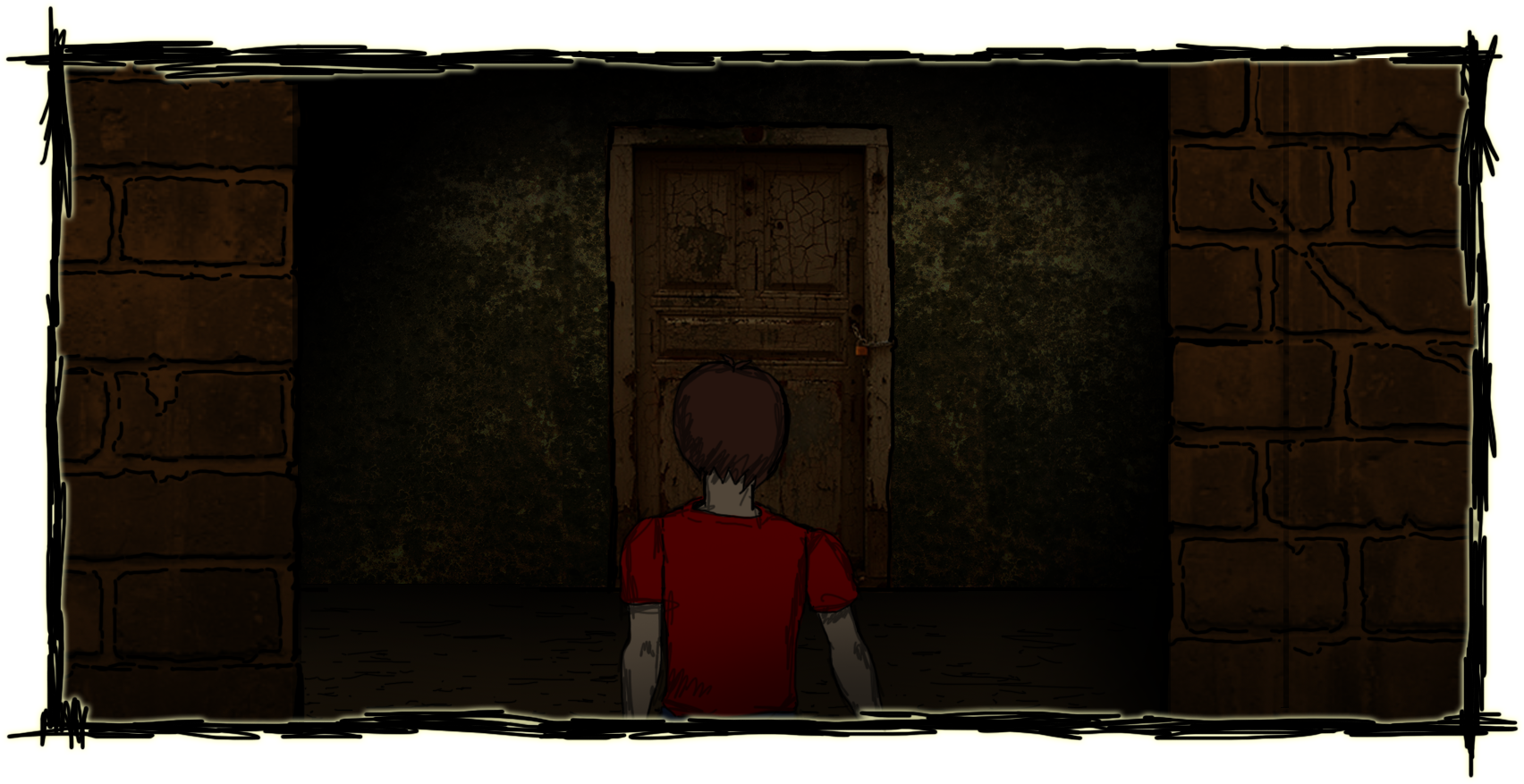 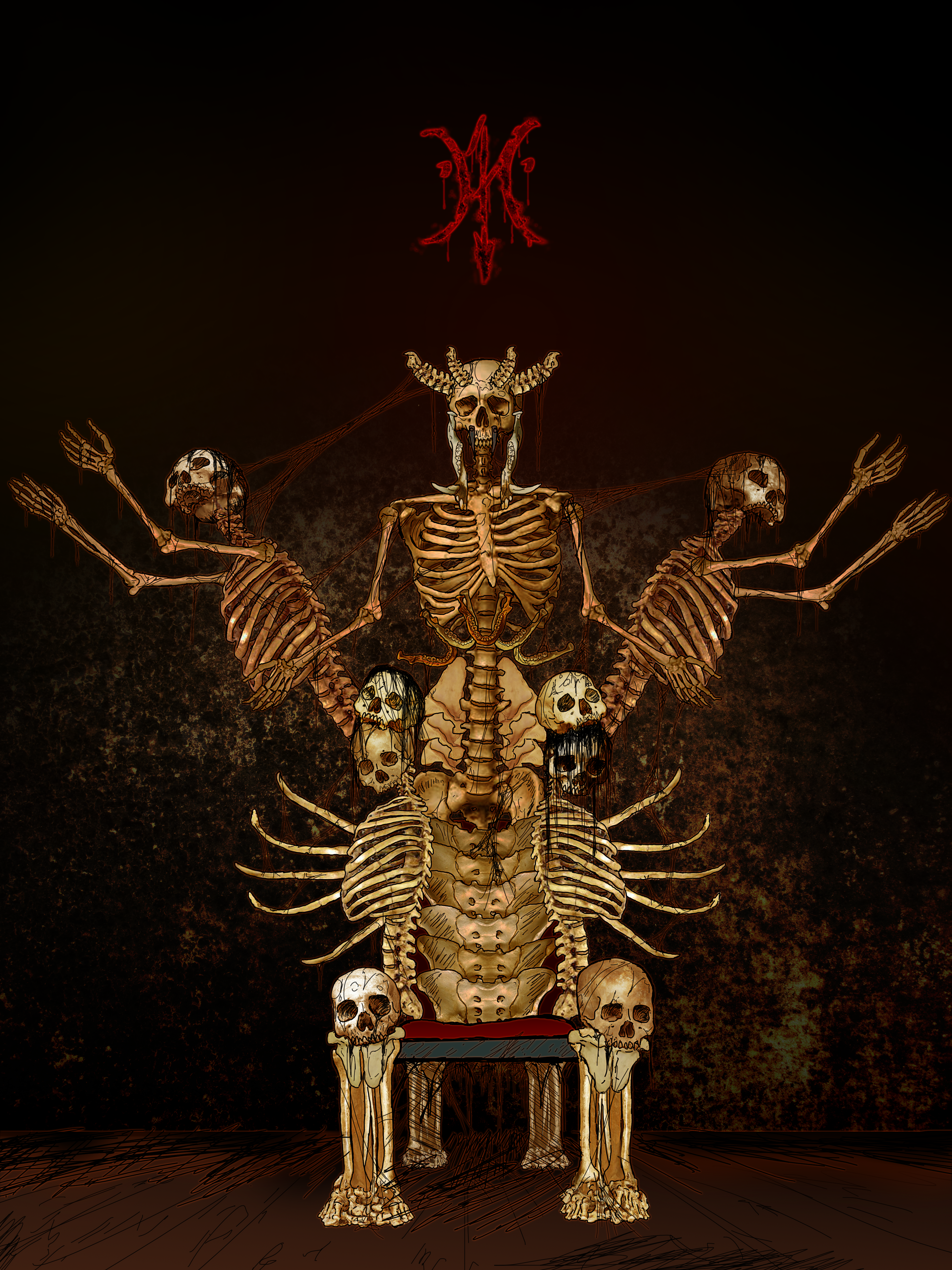 Marcus and Augustus, BFF's for LIFE! 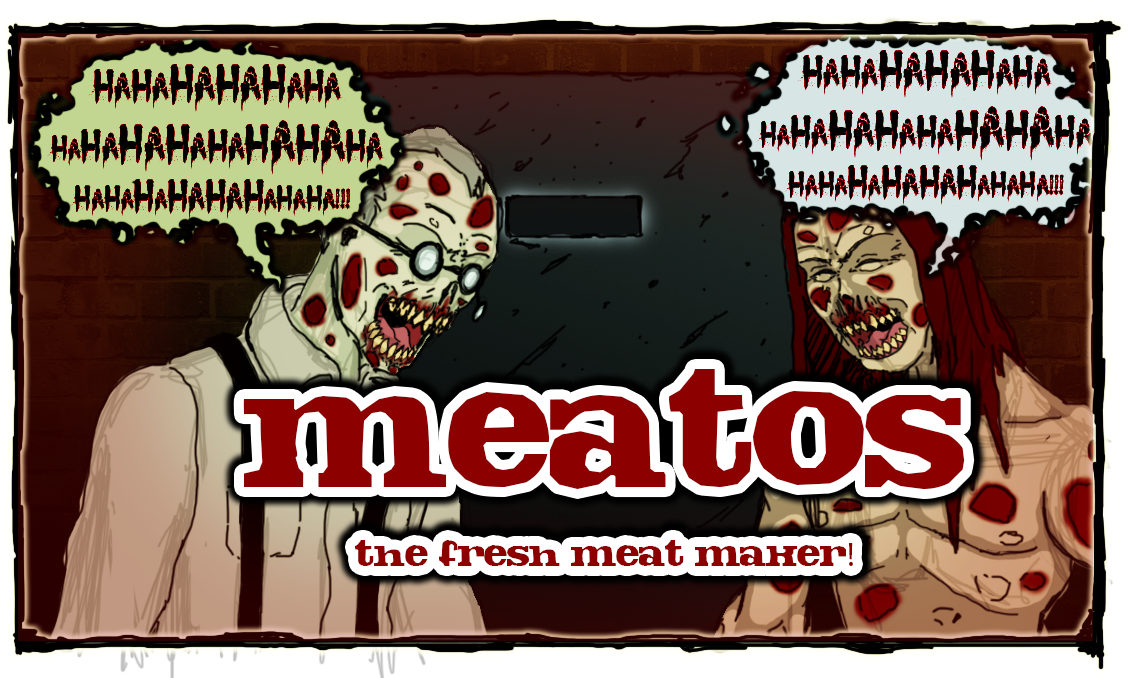 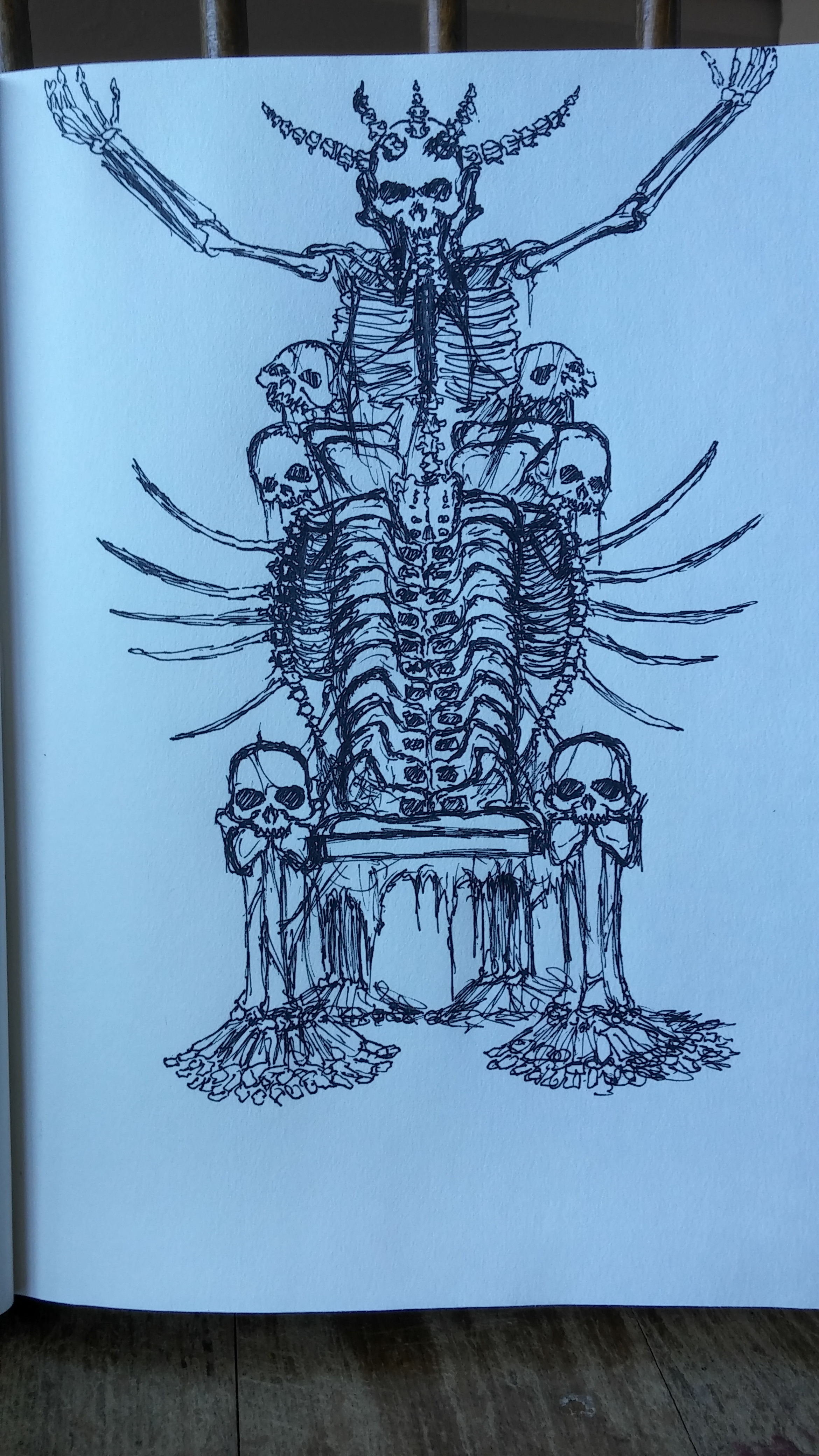 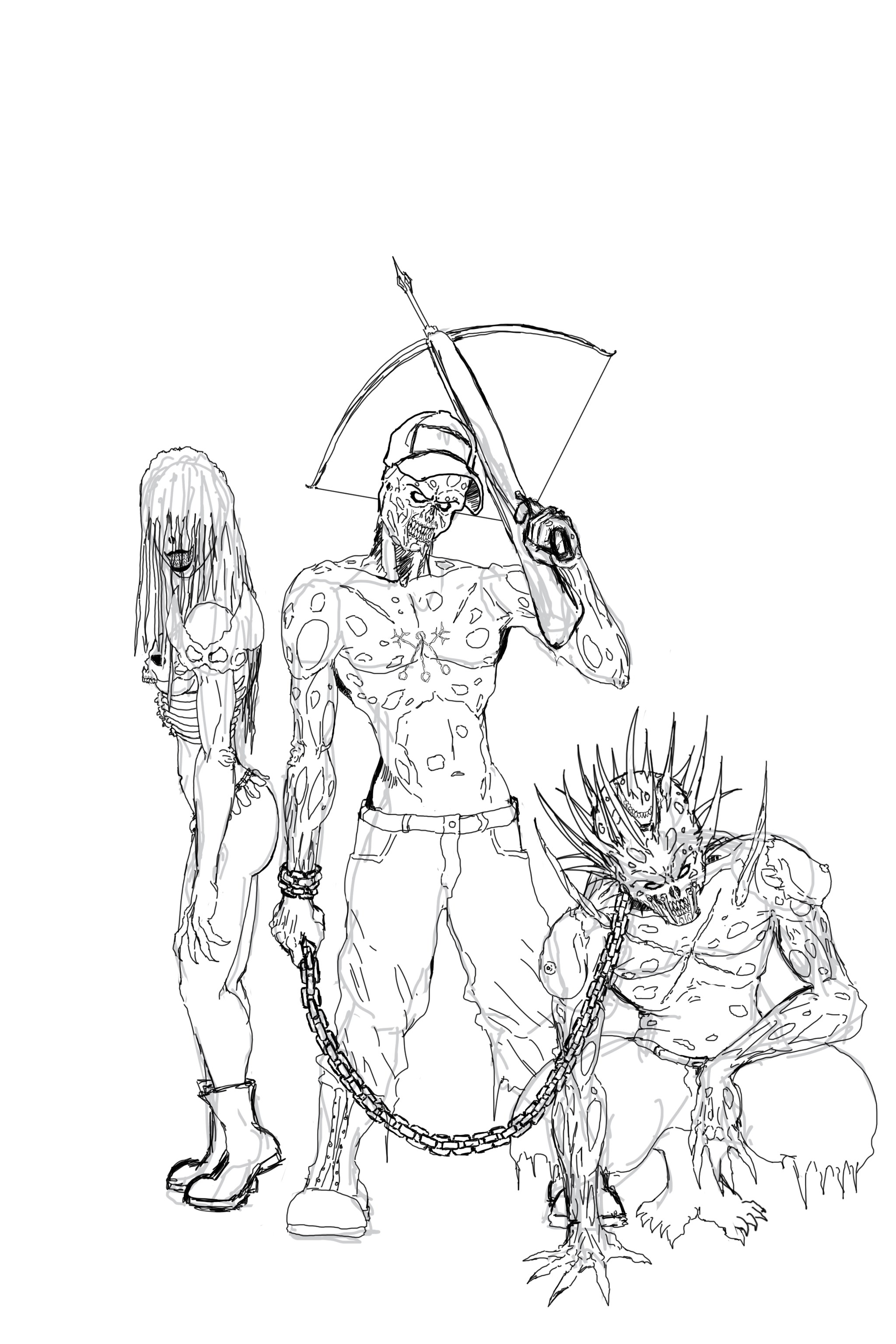 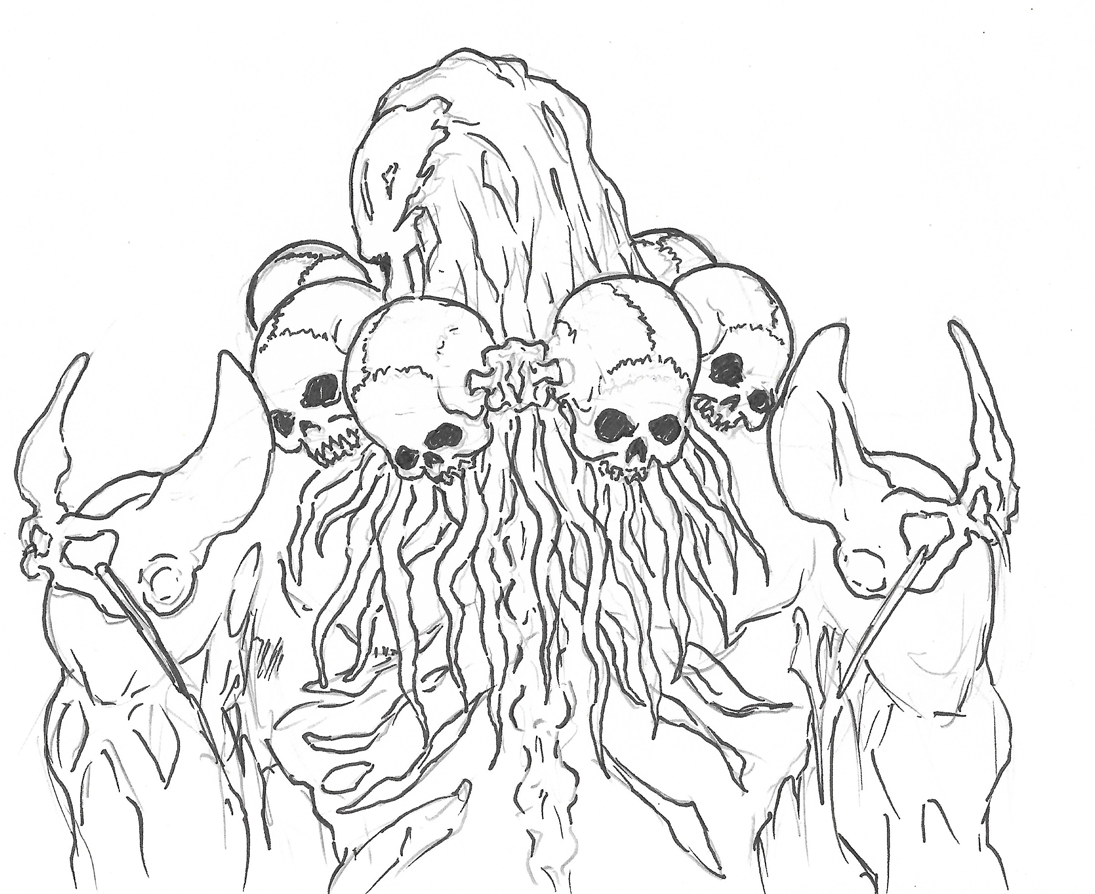 I call this handsome chap Vladimir.. or Smeg, I can't decide 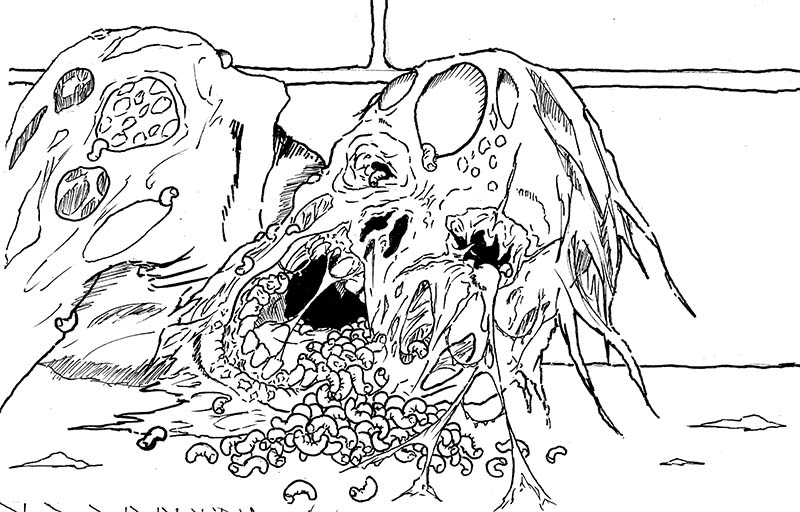 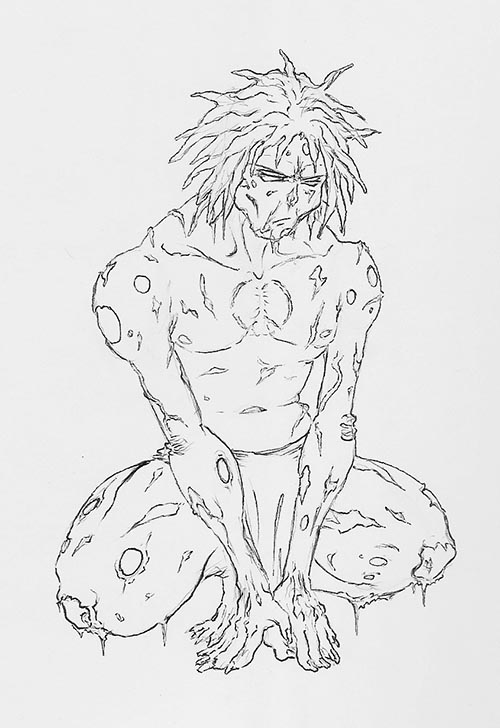 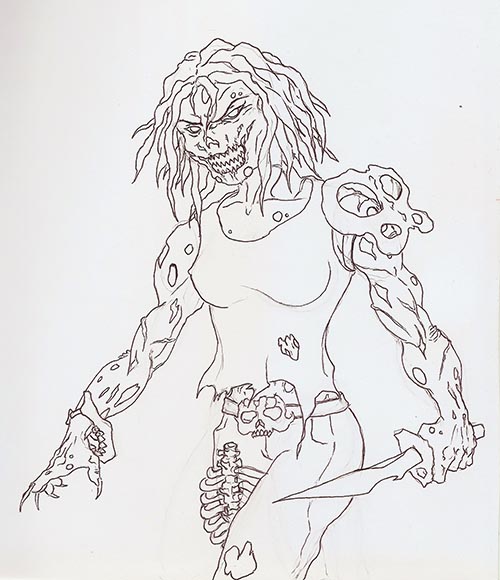 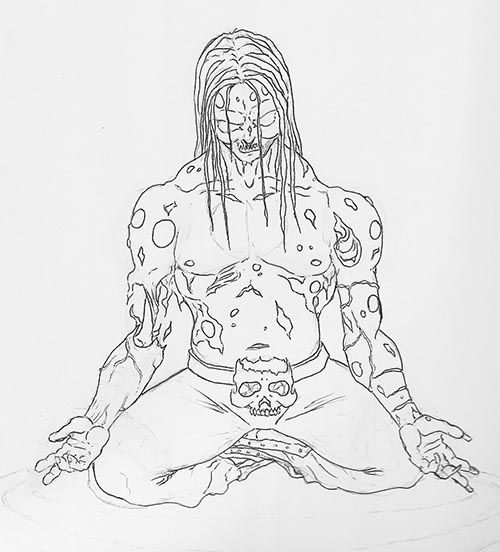 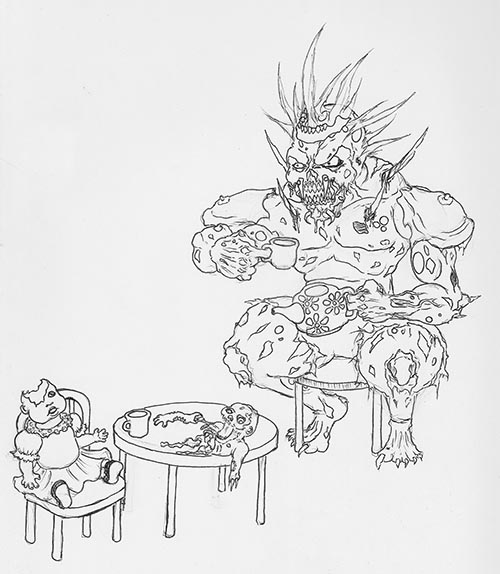