Sometimes interesting sometimes legitimate side stories that may explain a key piece of a character's story or maybe just show an alternate angle in a rather hilarious manner.

Everyone else was doing it...


Another alternative scene from the first chapter of SNARES, Syd. 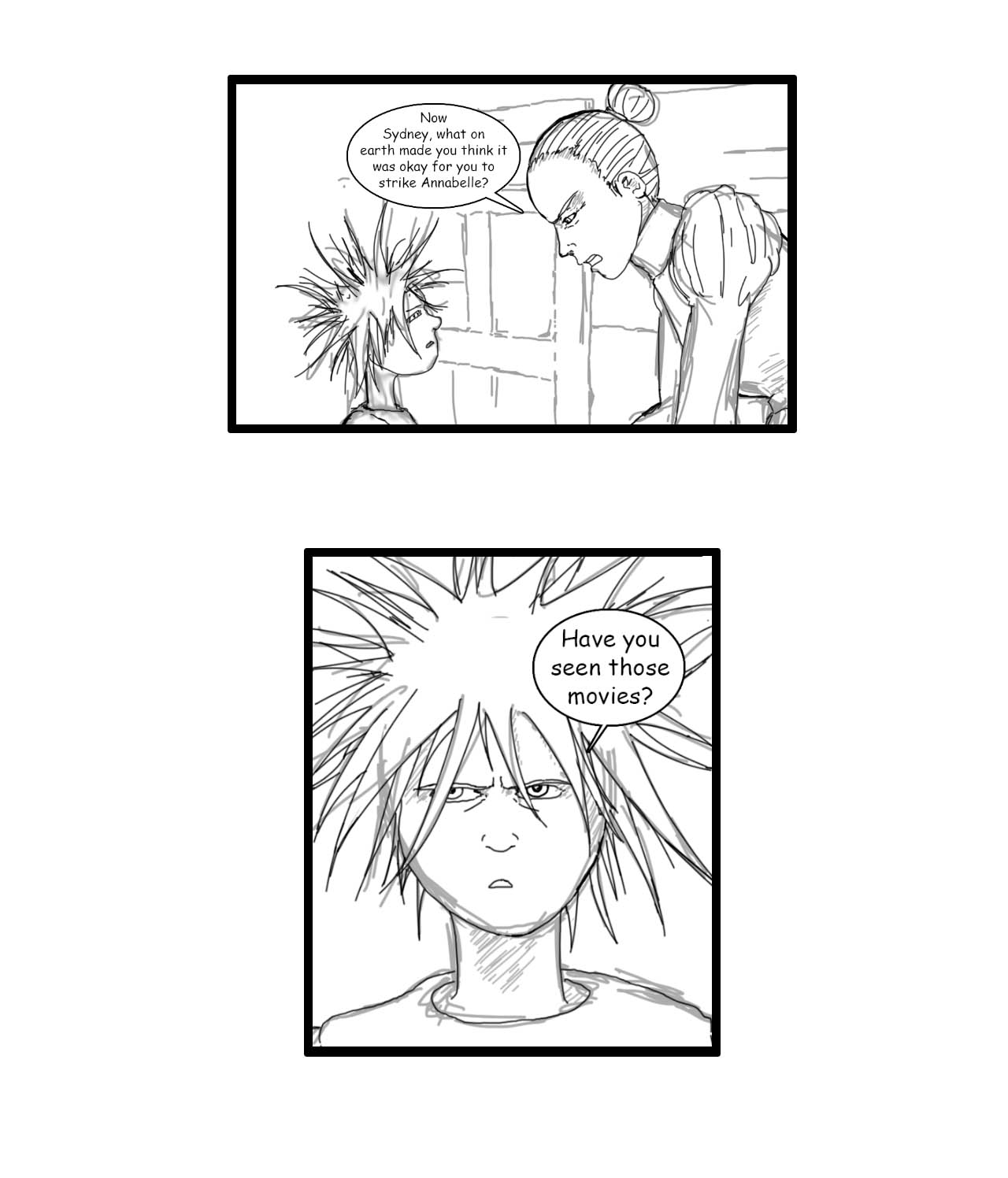 
Yeah, yeah I know. You can't have a deleted scene in a comic, but still. More of a joke a friend and I had one day about how an early scene in MEAT could have gone in a slightly different direction.

A Tale of Two Titties


For the first episode of Flank Steak Features, we have the story of why exactly Syd wears a pair of severed, grotesque breasts on his shoulders while other members of the clan wear more practical things like pelvic bones or skulls. The short answer is, well he's batshit crazy. 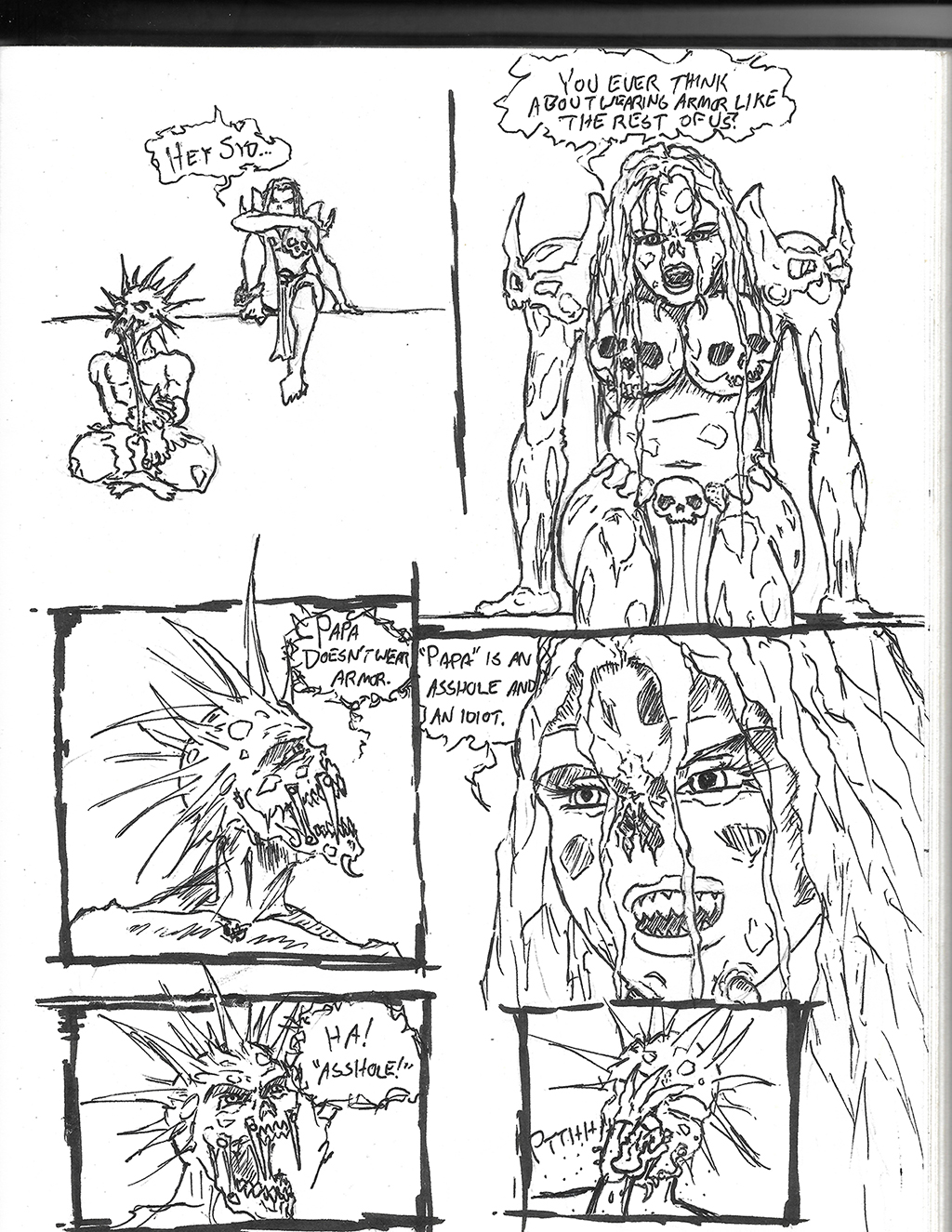 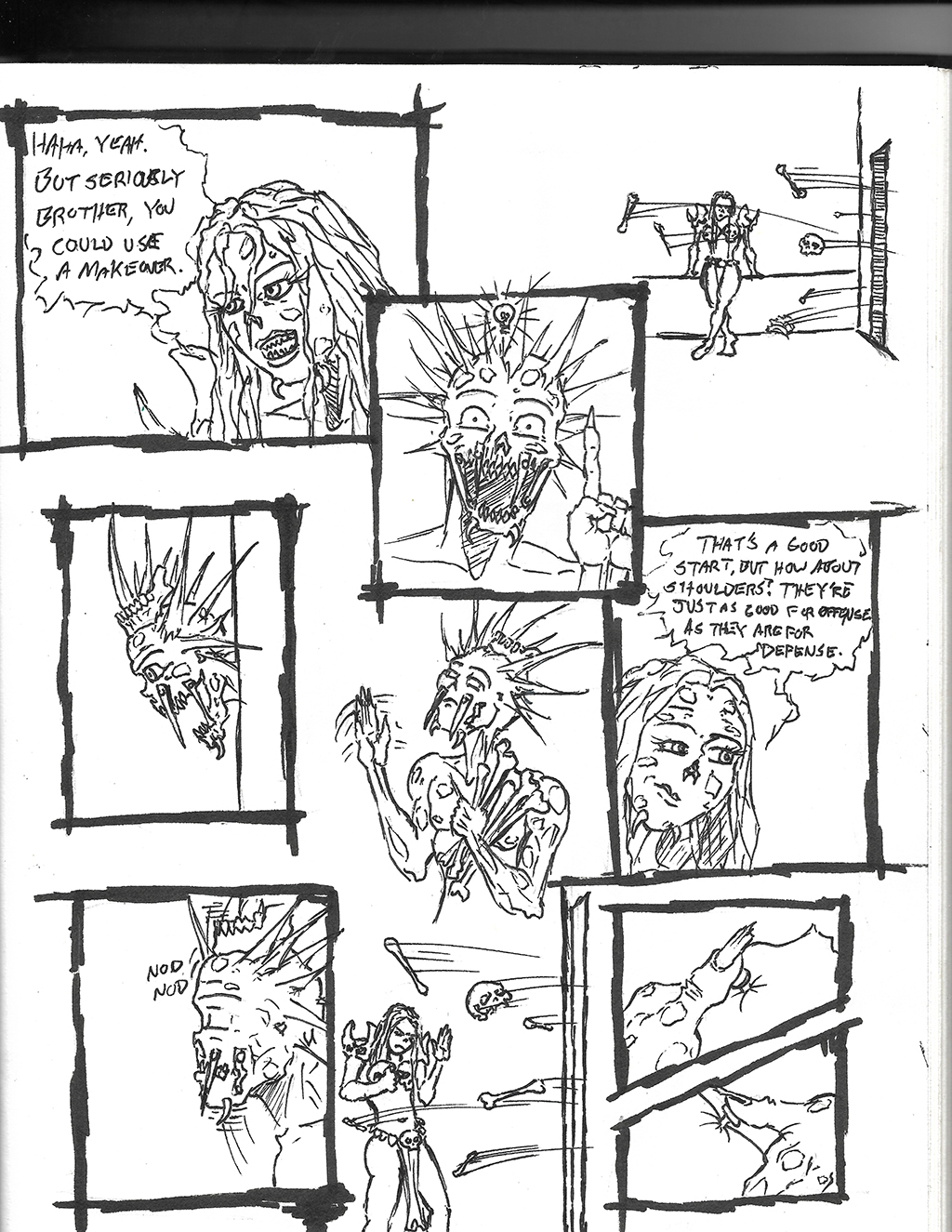 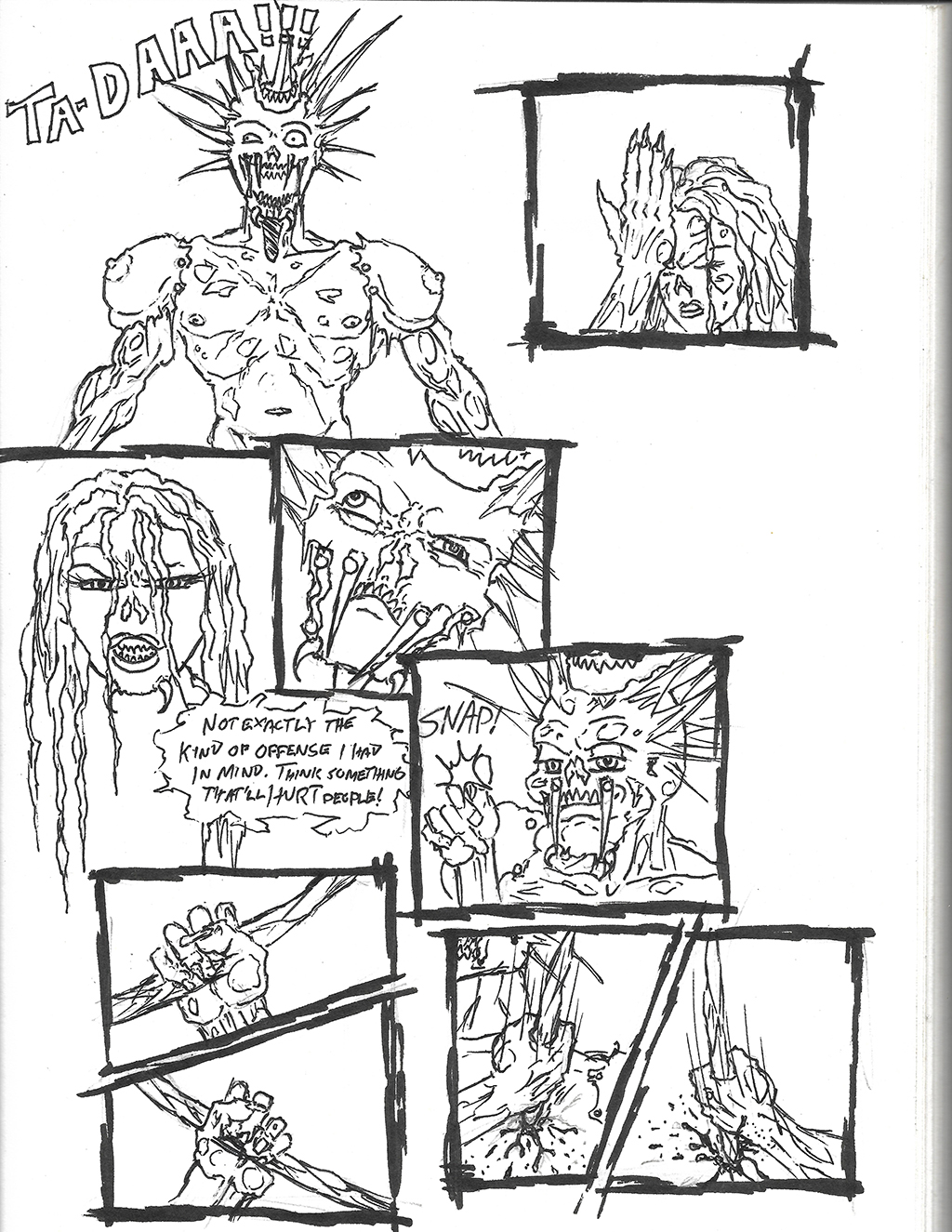