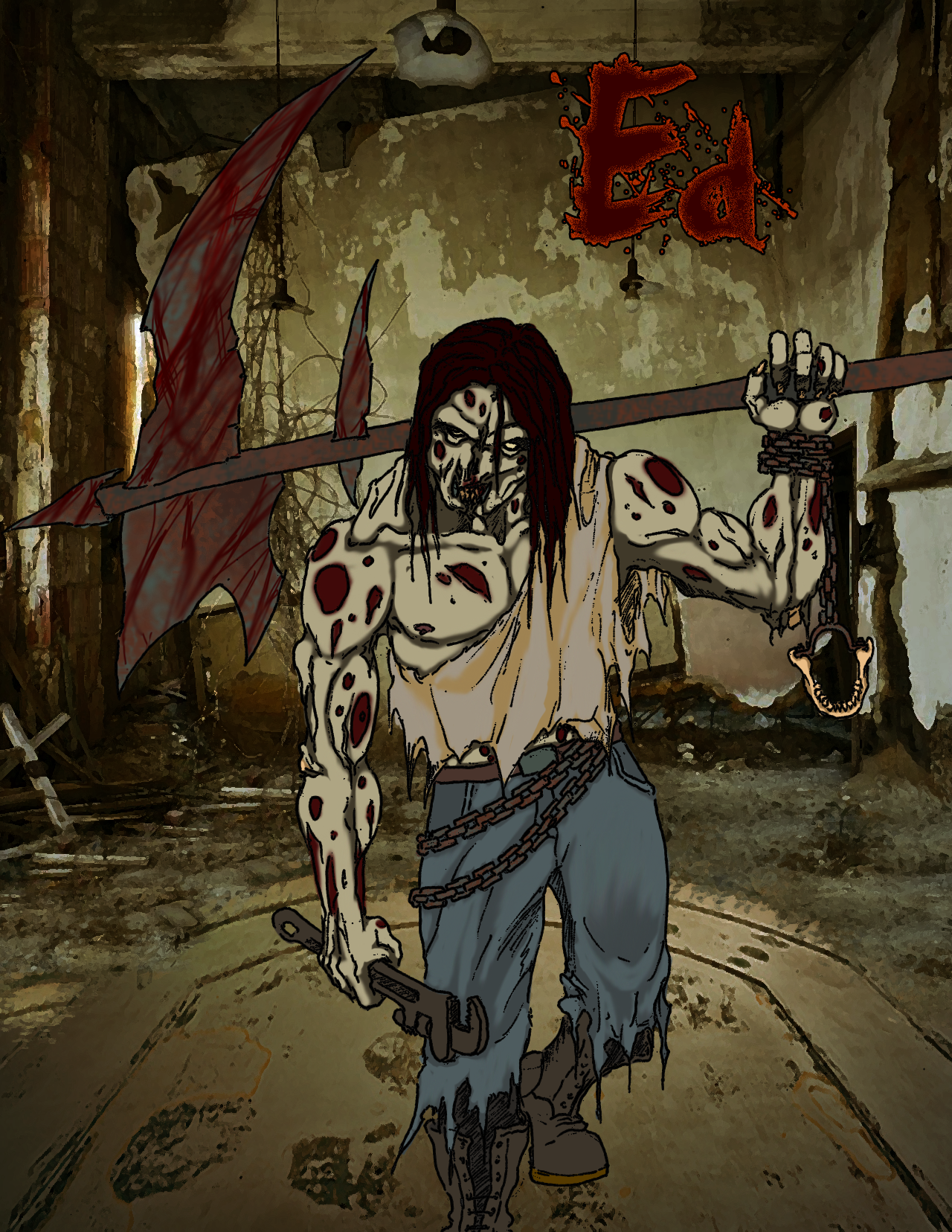 Ed's role in the family would be a combination of weaponsmith and general overall mechanic. He's good at fixing shit and making things that kill people.

Not much is known about his past other than the fact that he is just one hateful son of a bitch.

One time he broke a guy's fingers just for pointing at him...

Then bent both of his elbows backwards and threw him in the river.